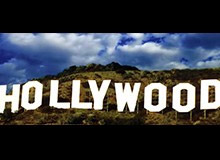 DreamWorks SKG® Studios was seeking to expand its sponsorship brands for an upcoming animated feature film. The challenge was that the partner could not come from the usual cast of suspects promoting such a film—QSR, Electronics, Cereal, Beverage, and Packaged Goods. We were challenged to source a partner from the Insurance and Pharmaceutical categories.

The Promotion House understood the power of film sponsorship but realized our real challenge was to first convince brands unfamiliar with the territory how entertainment marketing could impact their bottom line.

We researched more than 100 feature film sponsorships dating back 20 years to identify those brands who were first to market in their respective category and developed a matrix of success monetizing the value a brand received across each of these films.

We were able to convince two large brands—one in each the Insurance and Pharmaceutical categories—that the uncharted waters proved not so risky for other first-time category leaders.  Both brands participated successfully in the summer blockbuster film with modest level sponsorships, and agreed to larger commitments in the sequel, collectively valued at over $15M in media support.